Quite a lot of people have trouble visualising what’s going on when you look up p-values in a table of the normal CDF. I had an idea about how to explain a bit more dynamically using a bit of Craft Time inegnuity.

I made this sketch of the normal PDF in Asymptote and printed out two copies. I cut out the area under the curve of one of them, and glued its corners to those of the other one.

I mentioned in the video that it was awkward to film. This was because, in order not to get in the way of my camera, I had to shove my legs underneath the coffee table my blackboard is stuck to 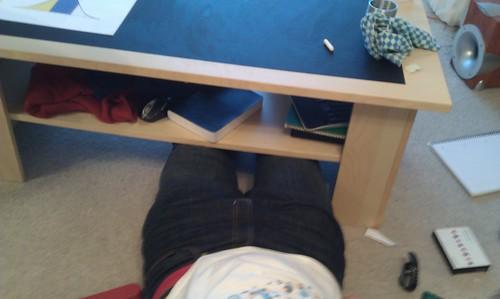 and twist my arm around the easel holding my very complicated camera stand: 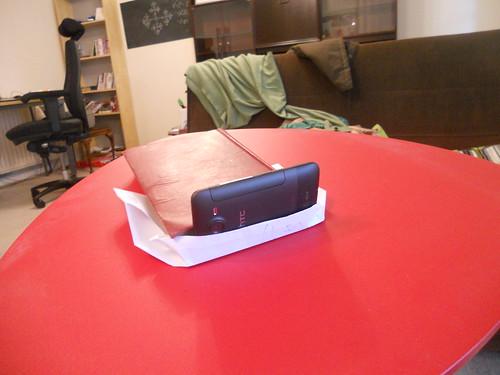 What do you think? Was it a good way of demonstrating how values from the normal CDF correspond to probabilities?